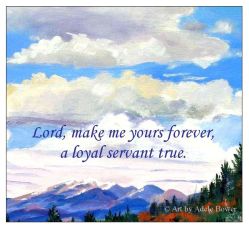 O sacred head, now wounded,
with grief and shame weighed down,
now scornfully surrounded
with thorns, your only crown.
O sacred head, what glory
and blessing you have known!
Yet, though despised and gory,
I claim you as my own.

My Lord, what you did suffer
was all for sinner’s gain;
mine, mine was the transgression,
but yours the deadly pain.
So here I kneel, my Savior,
for I deserve your place;
look on me with thy favor
and save me by your grace.

What language shall I borrow
to thank you, dearest Friend,
for this, your dying sorrow,
your pity without end?
Lord, make me yours forever,
a loyal servant true,
and let me never, never
outlive my love to you.

The poem “O Sacred Head”, is attributed to Paul Gerhardt, 1656 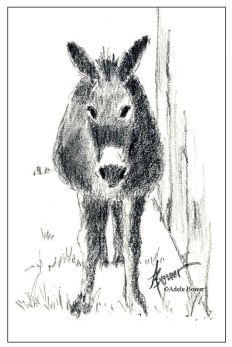 On that day…..the day we call Palm Sunday…..the Lord Jesus Christ rode into Jerusalem on a small donkey. As the ecstatic crowd welcomed Him thinking He was the one who would free them from  their suffering under a cruel and harsh rule, He wept.

“As He approached Jerusalem and saw the city, He wept over it and said, ‘If you, even you, had only known on this day

The Greek word for weep is  ἔκλαυσεν…meaning to weep aloud, expressing uncontainable, audible grief (“audible weeping”). He was sobbing; those around Him could have heard Him but the crowds were cheering.

Our Lord shed tears of grief and sorrow as He rode the small donkey into Jerusalem that day.

“I saw heaven standing open and there before me was a white horse, whose rider is called Faithful and True. With justice He judges and makes war. ” Revelation 19:11

“On His robe and on His thigh He has this name written:

Yes, Jesus Christ is coming again and in complete victory and triumph. He will not be shedding tears. As the King of Glory, He will be riding a white horse….not a small donkey. He will establish His everlasting kingdom.

Wishing you a blessed Palm Sunday with praise to Him.

I first wrote and published this blog in 2015. The message is the same; it will never change, and will never grow old.